Sendspark Blog > Networking - What it is and why it matters

Networking - What it is and why it matters 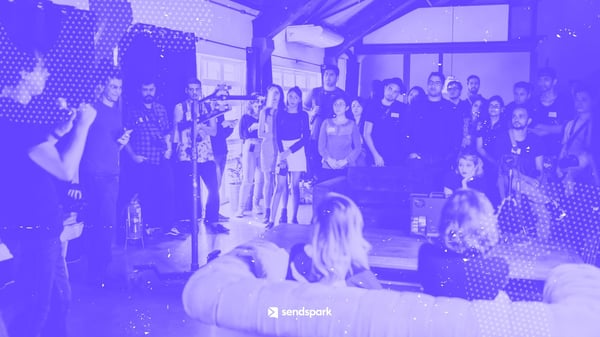 Did you know there have been many instances where a deal gets sealed before representatives even meet?

It’s true! But why? Well, that’s the power of networking. And you can do it too if you know how to do it right.

Read the full article to find out about the most useful networking methods, what rules you should keep in mind, and a few successful examples of networking the right way.

Have you ever attended an event about a subject you’re passionate about and gotten close to others who share that love as well? Then you’ve basically already experienced networking!

The word “networking” is often used for business settings, where people gather to find business partners or even new employees/employers. But you can still do it in any place where you can make new connections.

To reiterate, networking can be done:

But why is networking important in the first place?

Well, for one, in over 40 percent of cases in the B2B industry, an in-person meeting results in new customers. In other words, networking events can also be used to introduce/promote a product you’ve worked on.

In addition, according to Forbes, when you showcase a product or service face-to-face, it helps you build a stronger relationship with your new customer or business contact.

But like with anything, there is, of course, a right and wrong way to do networking. So let’s take a look at some of them!

If you want to do networking right, you can’t just randomly reach out to people or show up to business events with no plan whatsoever.

To truly succeed, there are a couple of things you should always keep in mind.

This applies even if you’re getting ready to talk to someone online. If you want to start your relationship with a potential business contact on the right foot, you need to do research on them.

When preparing for a business or job fair, it is important to know:

Of course, you can also try to build a relationship with someone by getting to know their interests and hobbies. When it comes to connecting with someone, there’s nothing more effective than asking them about something they love or are passionate about.

Networking is all about making people like and trusts you. If you achieve this, the two of you will find some way to work together, one way or the other.

But if you spend most of your time looking over their shoulder during your conversation, you’ll never be able to establish the right kind of connection.

That’s why paying attention to the people you’re talking to is essential.

A good method to show the other person that you’re engaged in the conversation is to mention their name a few times, discuss their company positively, and ask follow-up questions on whatever they’re talking about.

Still, while it is important to know the company name of the person you’re talking to, if you’re a business owner, your company name should also be memorable. And one of the best and probably easiest ways to come up with one is using a business name generator or abbreviations. That’ll make it easier for them to remember you, making it more likely that they’ll look you up online after the event and perhaps even result in a sale.

#3 Have Something to Give in Return

One of the unspoken rules of networking is that there needs to be some sort of exchange, be it information or anything else that’s helpful for both of you.

Of course, providing value is something that you should strive for in general, be it at a networking event or in a meeting with your existing partners. But having something to offer while networking is a great way to give a positive first impression.

And to increase your chances of success even further, it is best to give the other person something first before asking for anything in return.

#4 Don’t Fail to Engage the Influencers

Another important rule to keep in mind is engaging with the influencers.

Influencers are like superstars in the online world. One positive word from them can help spread the word about your business to millions of people.

So it is evident that when you’re at an event like this, it’s always a good idea to try to build a relationship with some of the key players online. It’s an opportunity you simply don’t want to miss.

Last but not least, if you tell someone at a networking event that you’ll do something, be sure to deliver on your promise. DO NOT forget it or leave it for later. Even if it’s just forwarding an email you found helpful, it won’t look good on you if you’re deemed untrustworthy.

The risk of betraying expectations is more than simply disappointing a single potential business contact and letting that relationship turn sour.

By not keeping your word, you run the risk of building the wrong kind of reputation for yourself. And that’s the exact opposite of what you should be trying to do by attending networking events.

As mentioned, getting new partners is one of the goals of a networking event. And the process of integrating them into your organization is referred to as partner onboarding.

Using networking to find a business partner is actually the best way to do it, at least if we’re talking about face-to-face networking. This helps you better understand whether your businesses would be a good fit.

But how do you use partner onboarding to expand your business network?

This might be surprising for some, but plenty of businesses want to partner with another business. This can be because they lack a certain skill or technology or are looking to ease the burden on themselves by delegating part of the tasks to another company.

So making sure that partnering with your business is less of a hassle than with others will make it that much more likely that you will be chosen.

Luckily, achieving this is not that costly, complicated, or time-consuming, thanks to the rise of dedicated partner onboarding software. Such software can help you make sure your partners get everything they need when they need it at a fraction of the usual cost.

Now that you know what networking entails, let’s take a look at some examples of successful efforts in that direction. Although these collaborations have already succeeded, the participants had to sell the idea to the other and make it work at first.

A ride-sharing app and a music platform sounds like a match made in heaven, and that’s exactly what it turned out to be. The collaboration between Uber and Spotify made choosingUber more appealing to new users while at the same time helping Spotify convert their existing users into paid plan subscribers.

You wouldn’t normally pair skateboarding with luxury designer brands, but it seems to haveworked in the case of Supreme and Louis Vuitton. In fact, the items that these two companies made together generally sold out within minutes of their release. And it’s all because theyboth saw the potential in the rising streetwear trend.

Target, one of the biggest retailers in the US, is a pro when it comes to building successful collaborations. In this case, they partnered with a popular women’s beachwear brand. The collection was so eagerly anticipated that there were people lined up outside of Target just to get a chance to buy the goods. And while it’s not perhaps the most creative collaboration, it goes to show that sometimes the simplest solution is the best.

How it affects your business

Doing networking right is one of the best ways to give your business a boost.

It doesn’t just expand your network.

It gives you access to the information you otherwise wouldn’t have.

It helps you find the right businesses to partner with.

And ultimately, it gives you every opportunity to improve your foundation, sometimes even directly.

Of course, there’s the added benefit of creating a stronger brand image and increasing your brand awareness. All in all, if you do it right, there’s no way networking could affect your business in any way that isn’t positive.

As shown, there are no rules as to when and where you can do networking. But there are several methods of doing it right. When done properly, networking can help you take your business further than ever before. It can help you build a stronger presence, find the ideal business partners and, ultimately, make more sales. So if you want to do it right, simply follow the five rules outlined above and enjoy the results. 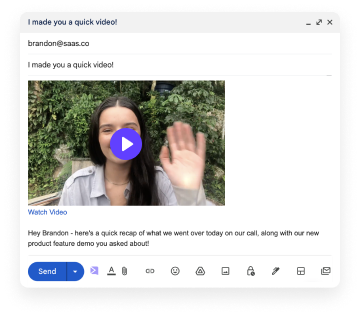